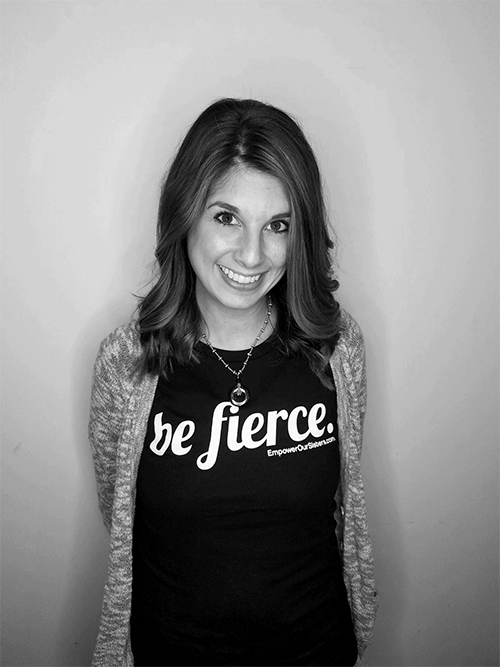 Empower Our Sisters was a passion project started by Rebecca Fien, a Rochester, NY Web Designer. Together with a team of other  women, specifically but not limited to Elyssa Rossi, Erika Sorbello, Katie Kovar, Stephanie Betzwieser, and Kristin Chajka, the organization was in “operation” from the Fall of 2016 to the Spring of 2018. As of now, the movement remains on hiatus in terms of holding events and releasing new products. We are still moderately active on social media, and currently use our voice to continue to encourage and empower other women and girls.

In March, 2020, we donated the remainder of our inventory to Gallery Salon in order to help bring in money for her business and employees while her salon is closed. Check out the products we have available through Gallery’s online retail website.

Gallery Salon, like so many other small businesses, is closed due to the coronavirus. Salon owner Erika Sorbello supported Empower Our Sisters from day one and carried product in her boutique, volunteered at events, and helped promote my passion project back in 2016/2017. Now it’s my turn to give back. Having put EOS on hold the last few years, I stored about $1,000 worth of unsold products which I just donated to Gallery Salon’s online store. When you buy any EOS product from Gallery Salon, 100% of your purchase will go to her and her employees.
Shop Now

We would not have been the movement we were without the support, help, and guidance of the following people. Endless thanks to: 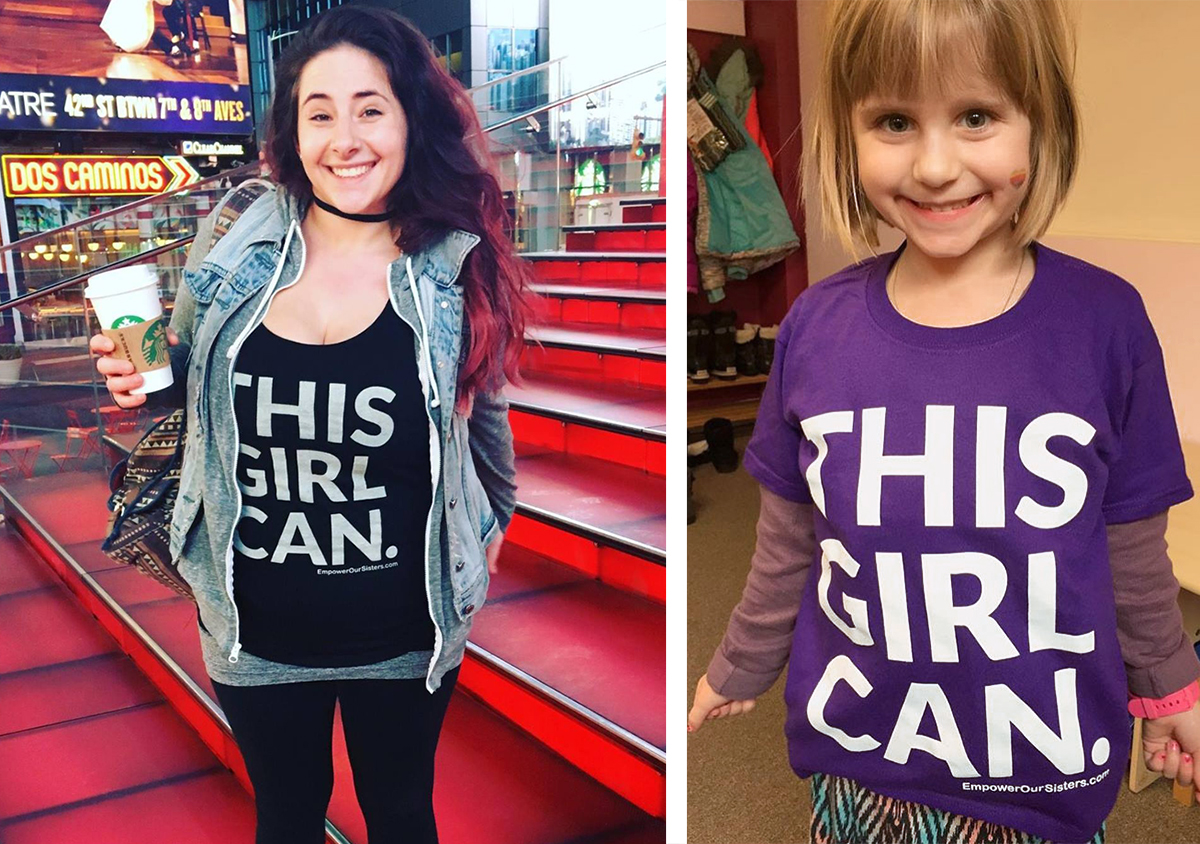 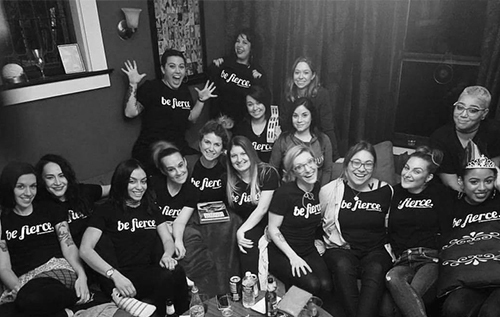 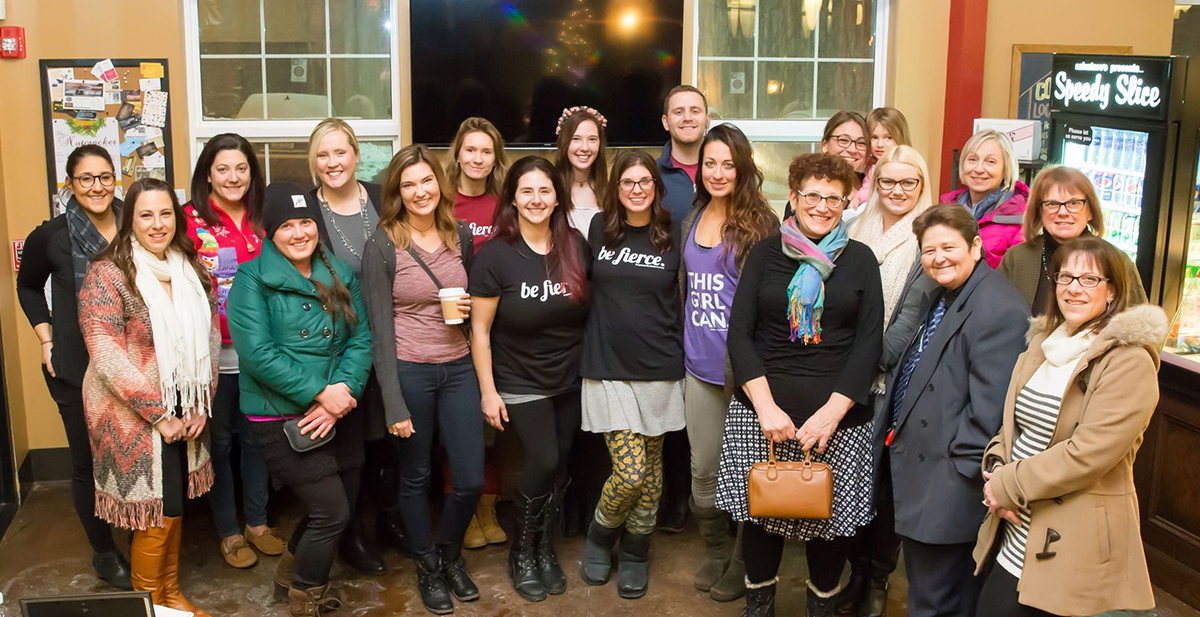 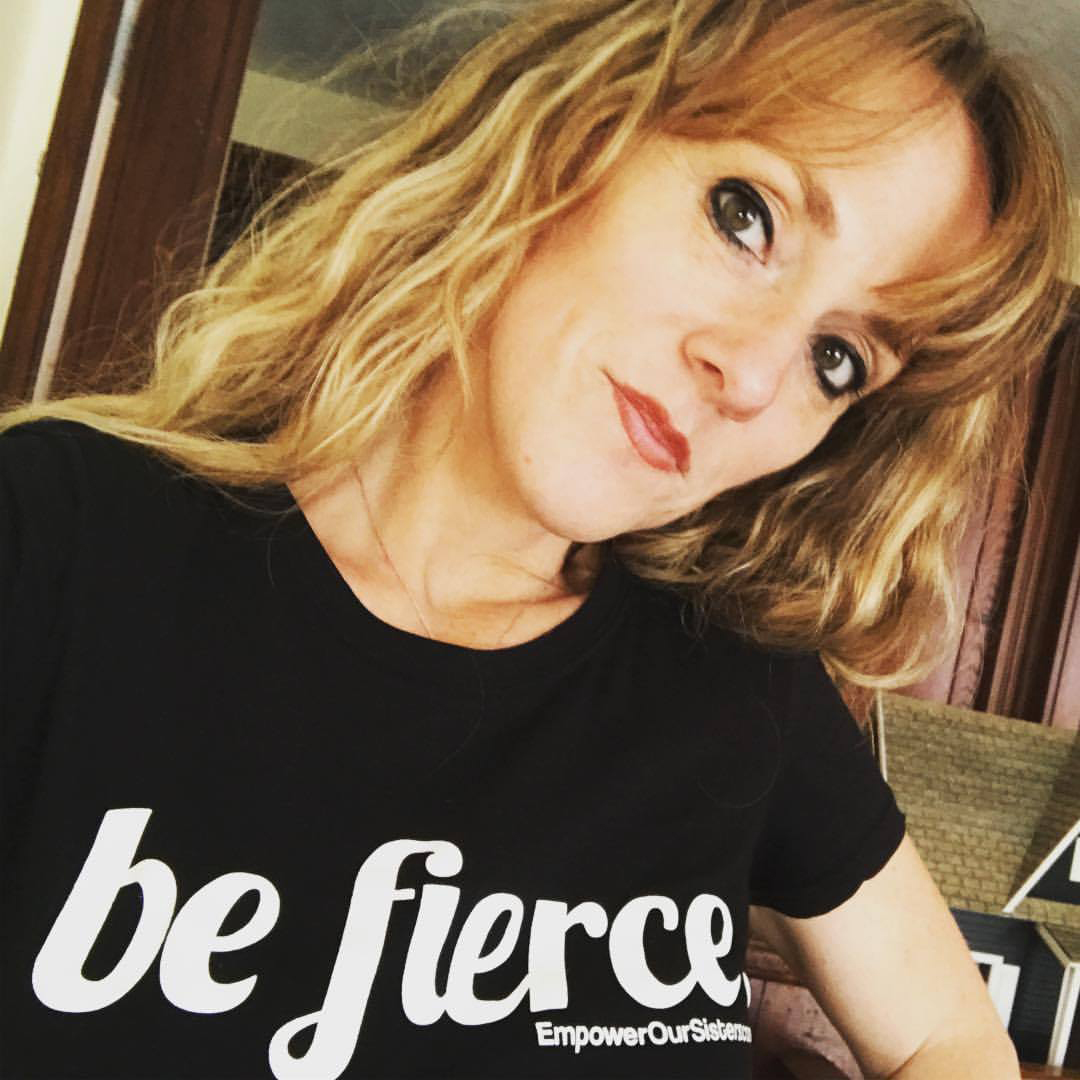 Thank you to the following businesses and organizations who have helped us along the way. We are grateful to: 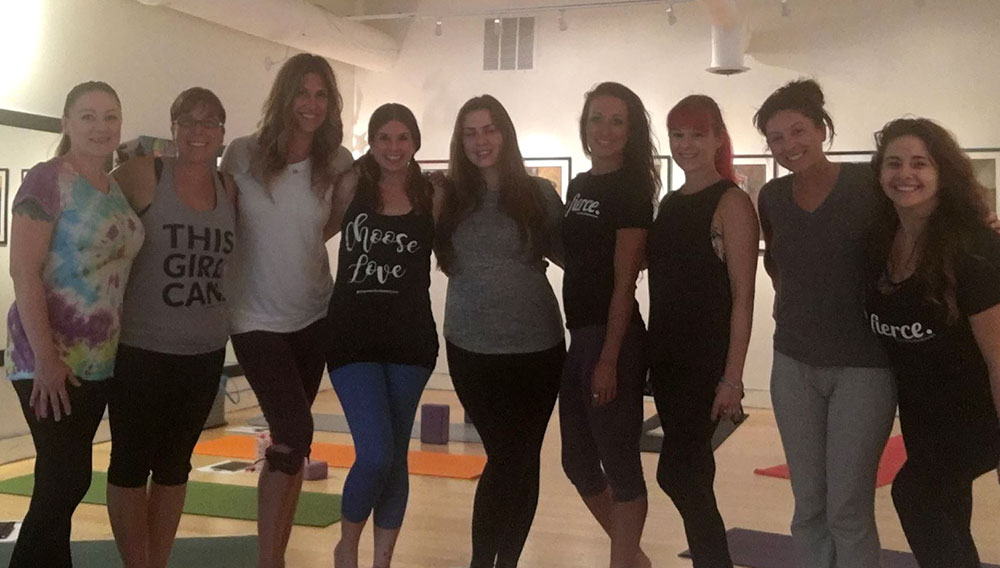 Why I started EOS

As a lifelong people-pleaser with a reluctance to speak up and assert myself, I had constantly watched from the sidelines as my peers spoke and acted with a confidence I envied, whether in social situations, school or work.

For over 30 years, I let fear silence my already shaky voice. It wasn’t until I experienced unexpected traumatic complications during my 2nd son’s birth that a fierceness began to emerge. Due to a series of events leading up to his delivery, I found myself with no doctor of my own, and a midwife who I never saw again after the moment the on-call doctors rushed in to take over. To be fair, I had switched to a midwifery practice very late in my pregnancy in order to be allowed to have a VBAC (Vaginal Birth After Caesarean – my original doctor changed her mind about allowing it and had scheduled me for a c-section. I didn’t want a 2nd C-Section for many reasons, but most importantly because, it is my body), and there were 12 different midwives at the practice. So after waking up in the OR post delivery (I lost consciousness in the delivery room), my midwife’s shift had ended and not one person could tell me what had actually happened to me and why. I literally have never felt so alone in my life.

In the weeks following my son’s birth, more complications arose, including an infection that sent me to the emergency room, a blood transfusion, a “colicky” baby who no one wanted to hold because he spit up all the time (who months later would have surgery and a year of speech therapy for the undiagnosed lip and tongue tie that was causing that) and the most empty, alone feelings I have ever felt in my life.

I started to retreat into myself, and didn’t want people coming over to my house, or knowing what happened, or seeing me… I was ashamed and so embarrassed.

My sister hired me a postpartum doula, which in short, is a person who offers a certain kind of support to women after a child is born. She came over a few times to help with the baby and with the dynamic in our house with a “colicky” newborn, a rambunctious 2.5 year old, and a bed-ridden mom carrying a bucket around to hold her catheter (oh yea, I had to come home with a catheter), which was stressful as can be expected. My doula was the first person who I told my entire birth story to. And she listened to me. And she hugged me. And she told me that I was not alone.

She shared stories with me, and I realized what I realize so often these days… you don’t know what you don’t know. I didn’t know because I didn’t ask what could go wrong, or if anyone I knew had experienced a difficult birth. I didn’t ask because that felt taboo. But why should it be? What could prevent that feeling?

After that I shared my story in a women’s “non-networking” group I belong to, and then eventually to every woman in my life who was willing to talk! I simply told them how traumatic my experience was, how much it changed me physically, mentally, emotionally. How alone I felt having gone through it, and how good it felt to share. And that was it.

As you might expect, almost every woman I shared with felt compelled to tell me something about themselves, whether birth-related or not. I learned about the strength and courage within the women around me, and I learned what the human body, mind and heart goes through and keeps to itself.

For the first time ever, I was strong enough to seek out exactly what I knew I needed to heal. And once I realized that what I had sought out – support from other women who could relate in some way – was something I could harness, and make real, it hit me that I had all the tools at my fingertips (literally! I am a web designer!) to make this idea come to life. I started Empower Our Sisters in 2016 as an idea to support women through whatever they were going through, and naturally, it started with the people closest to me, who support and empower me through everything I do.

When I first started it, I had no plan, and no idea what I really wanted to do with it. I took it in lots of different impulsive directions because I wanted to do it all. I considered becoming a non-profit, I carried actual products for a while, I partnered with amazing local women’s groups and businesses to run events for women and girls. We participated in, and hosted our own yoga and meditation workshops, creative art events with group sharing, and empowering girls workshops for kids of all ages. There were many other impulsive ventures along the way, and many volunteers who came in and out of the picture (many who were frustrated with my lack of a plan) and I am so thankful to everyone who helped in the movement that was, and is, Empower Our Sisters.

An organization devoted to empowering women and girls through positive messages and support.